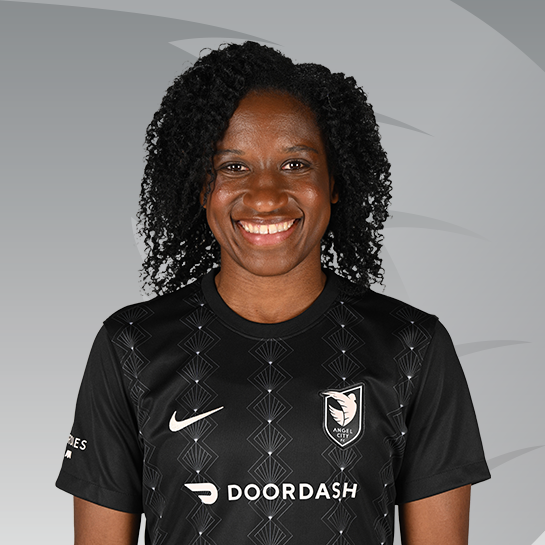 Forward Jasmyne Spencer was selected by Angel City Football Club (ACFC) in the third round of the 2022 NWSL Expansion Draft from the Houston Dash, where she appeared in 18 matches and scored one goal during the 2021 season. Spencer has been with the NWSL since the league’s inception, with stops at OL Reign, Orlando Pride, Western New York Flash, and the Washington Spirit. Spencer made her 100th NWSL appearance with OL Reign in January 2018. Spencer was selected as the fourth pick by the Orlando Pride in the 2015 NWSL Expansion Draft, starting at forward for 17 of 20 games played. She made 22 appearances with the Western New York Flash in 2014 and 2015. She entered the league when she signed with the Washington Spirit for the inaugural season of the NWSL in 2013 and made 17 appearances before being loaned to Apollon Limassol.

Prior to the NWSL, Spencer was selected in the 2012 WPS Draft by the Philadelphia Independence, but the WPS folded before the season began. She joined the New York Fury in the WPSL, scoring three goals in 10 matches. She graduated from Maryland in 2011 with two first-team All-ACC honors and 20 goals.

Spencer is the only ACFC player to compete in the inaugural NWSL season.