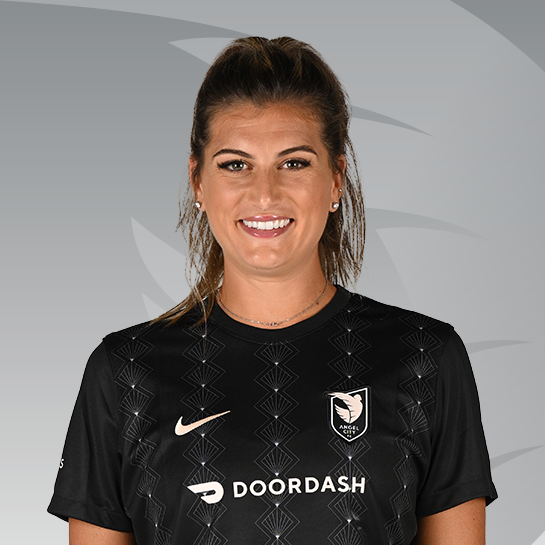 Midfielder Cari Roccaro signed with Angel City Football Club (ACFC) on January 28, 2022, after the club obtained her rights from the North Carolina Courage on Dec. 8, 2021. At North Carolina, Roccaro won back-to-back NWSL Shields and NWSL Championships (2018,19). Roccaro signed with North Carolina Courage in April 2018, debuting against her former club, the Houston Dash. Houston drafted Roccaro fifth overall in the 2016 NWSL Draft and played in all 18 matches in the 2017 season. At Notre Dame, she started all 75 games of her tenure and was named a two-time team captain. During her senior year, Roccaro led a defense that allowed 11 goals and 12 scoreless matches. In 2009, she made her first appearance on the U.S. U-20 National Team roster. During her tenure with the U-20 team, Roccaro won the 2012 Tokyo U-20 World Cup and served as co-captain in 2014. While still in high school, Roccaro played for the Long Island Fury in WPSL and New York Fury in WPSL Elite. As a senior at East Islip HS, she was named New York Gatorade Player of the Year, Long Island Player of the Year, and New York State Player of the Year. Off the pitch, Roccaro started a podcast called “Butterfly Road” with friend Ginny McGowan that destigmatizes mental health struggles, particularly within sports.